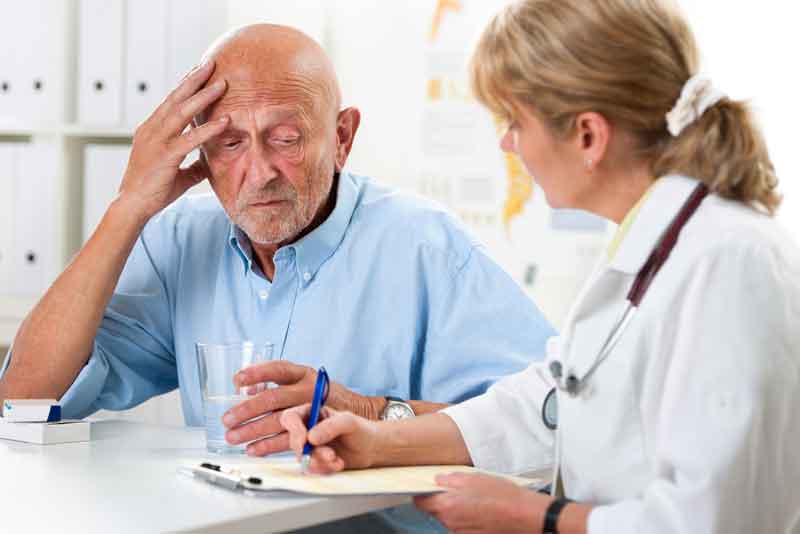 Can getting a hearing aid help prevent memory loss?

It really doesn't seem fair: Hearing loss, a troublesome fact of life for more than 48 million Americans, according to the Hearing Loss Association of America, may increase the risk of cognitive problems and even dementia. By the time Americans reach their 70s, two-thirds have hearing loss.

"The general perception is that hearing loss is a relatively inconsequential part of aging," says Frank Lin, an otologist and epidemiologist at Johns Hopkins University in Baltimore. But recent findings, he says, suggest that it may play a much more important role in brain health than we've previously thought.

Fortunately, there's a potential upside. If this connection — shown in several recent and well-regarded studies — holds up, it raises the possibility that treating hearing loss more aggressively could help stave off cognitive decline and dementia. Lin and other researchers have several theories about the possible explanation for the link between hearing and dementia, although they aren't yet sure which of them — if any — will prove true.

Lin is the author of several recent studies pointing to a link between hearing and cognitive problems ranging from mild impairment all the way to dementia.

In a 2013 study, he and his colleagues tracked the overall cognitive abilities (including concentration, memory and planning skills) of nearly 2,000 older adults whose average age was 77. After six years, those who began the study with hearing loss severe enough to interfere with conversation were 24 percent more likely than those with normal hearing to see their cognitive abilities diminish. Essentially, the researchers said, hearing loss seemed to speed up age-related cognitive decline.

In a 2011 study focusing on dementia, Lin and his colleagues monitored the cognitive health of 639 people who were mentally sharp when the study began. The researchers tested the volunteers' mental abilities regularly, following most for about 12 years, and some for as long as 18 years. The results were striking: The worse the initial hearing loss was, the more likely the person was to develop dementia. Compared with people of normal hearing, those with moderate hearing loss had triple the risk.

Lin is quick to point out that simply being at increased risk does not mean a person is certain to develop dementia.

"I have a 92-year-old grandmother who's had a moderately severe hearing loss for many years now," Lin says. "She's sharp as a tack. I was talking to her about my research and she looks at me and says, Are you telling me I'm definitely going to get dementia?"

A recent study, led by Isabelle Mosnier of Assistance Publique-Hopitaux de Paris in France, offers more hope. Mosnier studied a group of 94 people ages 65 to 85 with profound deafness in at least one ear. Each received a cochlear implant followed by twice-weekly auditory rehabilitation. More than 80 percent of those with the lowest cognitive scores showed significant improvement one year after implantation, according to the study published March 12 in the journal JAMA Otolaryngology-Head & Neck Surgery.

P. Murali Doraiswamy, M.D., a professor of psychiatry and medicine at Duke University School of Medicine and coauthor of The Alzheimer's Action Plan, says that although the study had some shortcomings, "the improvement in cognition was huge — about double that seen with any of the current [U.S. Food and Drug Administration] FDA drugs for treating Alzheimer's." He adds that the findings about hearing loss affecting cognitive tests probably also apply to other senses such as vision, smell and touch. "Studies have shown that uncorrected vision problems raise the risk for dementia," he says.

While the link between hearing loss and milder cognitive problems has been questioned by some, it is becoming increasingly accepted. "Every doctor knows that hearing loss can result in cognitive problems, but they still don't focus on it as a priority when they evaluate someone with suspected dementia — which is a big missed opportunity," Doraiswamy says. "The benefits of correcting hearing loss on cognition are twice as large as the benefits from any cognitive-enhancing drugs now on the market. It should be the first thing we focus on."

Still, he adds, "We need long-term controlled trials looking at whether cochlear implants can delay the onset of dementia in at-risk subjects, which will clinch the case."

How might hearing loss contribute to cognitive problems and dementia? Lin suggests four possibilities. The most obvious is a common physiological pathway that contributes to both hearing loss and cognitive decline — something like high blood pressure, for instance. But he and other researchers used statistical methods to take into account the factors known to be associated with both conditions, so Lin doesn't give this explanation much credence.

Another possibility has to do with what researchers refer to as "cognitive load" — essentially, that the effort of constantly straining to understand stresses the brain. This one makes intuitive sense.

"If you put in a lot of effort just to comprehend what you're hearing, it takes resources that would otherwise be available for encoding [what you hear] in memory," says Arthur Wingfield, professor of neuroscience at Brandeis University. Research in Wingfield's lab has documented this effect on a short-term basis. The big question, he says, is whether years of drawing resources away from brain functions such as working memory will eventually reduce the brain's resilience.

M. Kathleen Pichora-Fuller, a psychologist from the University of Toronto, is conducting research to test the hypothesis that treating hearing loss in those with dementia will help to optimize communication, with positive effects on everyday well-being for the patient and caregivers. "I have no doubt that if a CI [cochlear implant] makes it easier for a person to listen, then they will be able to spend more of their power to do other cognitively demanding tasks."

A third factor, Wingfield and Lin suggest, is that hearing loss may affect brain structure in a way that contributes to cognitive problems. Brain imaging studies, Wingfield says, show that older adults with hearing loss have less gray matter in the part of their brain that receives and processes sounds from the ears. "It's not necessarily that you're losing brain cells," he adds. Certain structures of brain cells can shrink when they don't get enough stimulation. This raises the question, Wingfield says, whether getting clearer speech signals to the brain through use of a modern hearing aid might allow these brain structures to recover their previous size and function.

Finally, it seems very likely that social isolation plays a part. Being hard of hearing tends to isolate people from others: When you have to struggle to converse, you're less likely to want to socialize in groups or go out to restaurants. And being socially isolated has long been recognized as a risk factor for cognitive decline and dementia.

It will probably take much more research to tease out what factors might be at play. Most important, Lin says, is to find out whether providing state-of-the-art hearing loss treatment can prevent or delay cognitive decline and dementia. Lin and his colleagues have received the first phase of funding from the National Institutes of Health (NIH) to plan and develop a definitive clinical trial that will monitor a large group of older adults with hearing loss. Half will get best-practice hearing treatment, and the other half will get what Lin calls "watchful waiting." Over the following three to five years, researchers will track the participants' cognitive functions. The results won't be available until 2020 at the earliest.

In the meantime, Lin says, if you have hearing loss, it makes sense to get it treated as well as it possibly can be. There's lots of room for improvement — fewer than 15 to 20 percent of those with a clinically significant hearing loss even use hearing aids.

Katherine Griffin is a writer and editor in the San Francisco Bay Area. Updated by Katherine Bouton, an AARP hearing-health blogger and the author of Living Better With Hearing Loss: A Guide to Health, Happiness, Love, Sex, Work … and Hearing Aids.